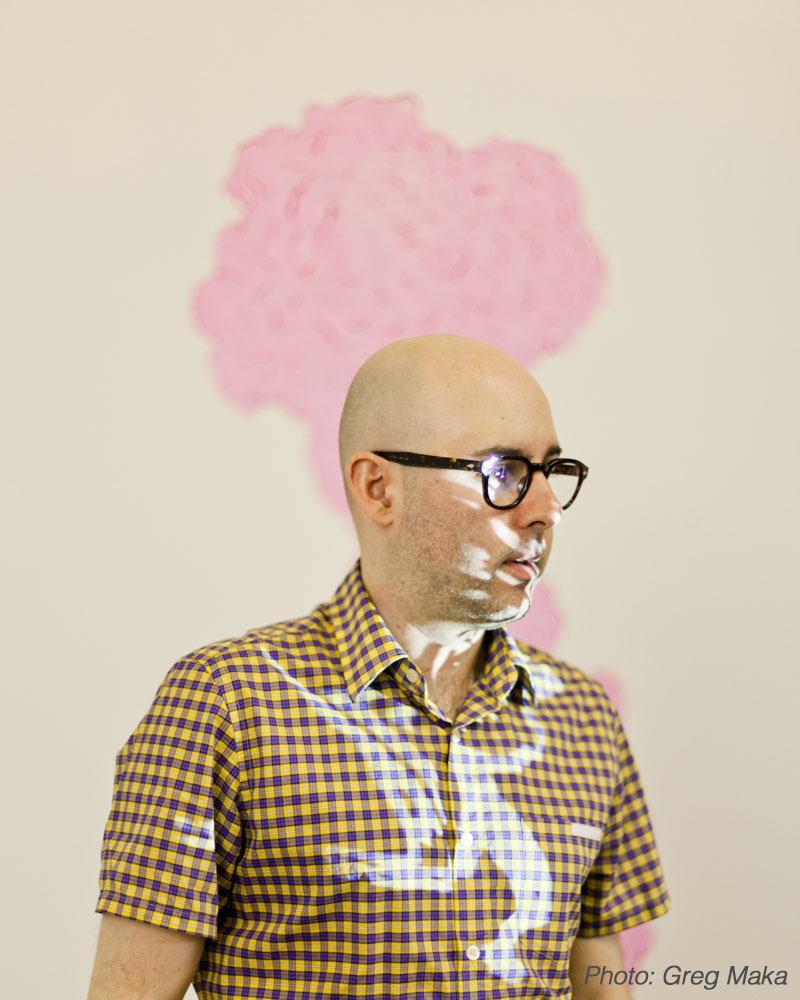 Jason Varone is an artist + designer based in the Berkshires and New York City. He is known for his installations that explore the interaction of data and the physical world through traditional painting and digital projections. He's been exhibiting these 'videoapaintings' since 2000.

“My experiences with technology have informed my relationship to the natural landscape, and by extension to painting. I’m interested in the information ecosystem we have created for ourselves, and how extensively it has infiltrated and degraded our habitat. Today, to even catch a glimpse of the real world one must look past clouds of misinformation. An unsettled reality exists behind the noise.”

“I don’t consider landscape as something to passively observe, and then, depict in a painting, but rather as a force that can only be defined by the data flowing through it.”

A graduate of New York University, Varone's artwork has been exhibited in many venues including the Los Angeles County Museum of Art, The Mori Art Museum in Tokyo, The Boston Center for the Arts, The British Film Institute, The International Center of Photography and Art in General in New York City.

He also designs digital things: websites + apps in the digital humanities space. Recent projects include:  Amerasia: An Inquiry Into Early Modern Imagniative Geography [lead designer];  The Artist Archice Initiative: Joan Jonas [design consultant];  Artists in Paris: Mapping the 18th Century Art World [design consultant]; Journal 18: a journal of eighteenth-century art and culture [design consultant], and various data visualizations for The Institute of Fine Arts, where he has been managing their online content since 2010.